An exquisite three/four bedroom detached cottage with spectacular views of the open forest | Backing onto RSPB woodland | Sympathetically refurbished to a high standard, whilst offering every modern convenience | Standing in 0.65 acres | Brick built stable block, which STPP may be suitable for conversion.

Summary An exquisite three/four bedroom detached cottage facing the open forest at Telegraph Hill with spectacular expansive views of the forest and a wonderful RSPB woodland backdrop to the rear. Telegraph Hill is one of the highest points within the New Forest National Park, the site of a former admiralty signalling station dating from the Napoleonic wars. The original cottage dates from 1870, but benefits from a single storey extension in 1982. The present owners have sympathetically refurbished the property to a high standard and tastefully redecorated using chalk based paints, retaining the ambience of a bygone era, whilst offering every modern convenience. The cottage benefits from LPG gas fired central heating, double glazing and limestone flagstone floors. Externally the cottage, which stands in 0.65 acre, offers plentiful off road parking and stands in a pretty garden plot with a well and rustic workshop, and also benefits from a paddock with a brick built stable block, which subject to the necessary consents may be suitable for a variety of ancillary uses.

Situation The property faces the open forest with spectacular expansive views to the front and also beautiful backdrop views of the RSPB woodland to the rear of the plot. Situated approximately three miles North West of the pretty hamlet at Brook well known locally for the ‘Green Dragon and Bell Inn public houses, and is also well placed for access to the A31 at Cadnam, which joins the M27 after a short distance Eastbound for Southampton (Approx 15 Miles) or Westbound for Ringwood, Bournemouth and the South Coast. The A36 for the Cathedral City of Salisbury (Approx 15 miles) is also easily accessible. The New Forest is a haven for wildlife with free roaming horses, cattle, donkeys and pigs during pannage season. A perfection position for the outdoor enthusiast with endless walks, cycle routes and horse riding throughout the countryside right on your doorstep, the position of this property is particularly pleasant as it isn’t within one of the tourist hotspots and remains one of the relativly untouched New Forest locations.

Study/Bedroom Four | Currently used as a study, however it has also previously been used as a fourth bedroom. Triple aspect. Vaulted ceiling with exposed timbers. An inspirational room full of character with panelled walls and fitted wall to wall bookshelves and a spectacular South Westerly view across the open forest. Fitted desk with a view towards the paddock.

First Floor Landing | Staircase rises out of the dining room to the L shaped first floor landing. Both windows on the staircase have fitted plantation shutters. Whilst the landing has a vaulted ceiling and a low set PVCu garden aspect window. Built in linen cupboard with slatted shelving. Ledge and brace latch doors lead to;

Externally Standing in grounds of approximately 0.65 acres, facing in a South Westerly direction with expansive views towards the open forest with a RSPB nature reserve immediately behind the property.

The cottage is well set back and is approached over a forestry track with a five bar gate then leading to an expansive loose gravelled parking area, with a limestone paved patio area immediately in front of the entrance porch. To the left, West side of the property is a paddock, enclosed by post and rail and stock fencing and hedging to the front aspect, where there is sited a large brick built stable block with ‘end on’ double timber doors, which is currently used as a storage facility, but could also serve as a garage, or may offer potential for conversion to ancillary accommodation (subject to the necessary consents). Within the paddock is also sited a further brick built store, thought to have previously housed a generator and an LPG tank. The paddock is also served by its own access from the B3378 with the entrance into the paddock via a five bar field gate. There is also a further five bar gated access into the paddock immediately adjacent to the rear of the stable block as well. The main area of enclosed garden lies to the right, South East side of the property and comprises of a full width limestone paved patio leading onto to lawn interspersed with fruit trees and mature shrubs, and where there is sited a well and rustic style child’s sand pit, all bounded by extremely well stocked brick edged borders with a profusion of specimen shrubs and ornamental trees, and with the backdrop of the nature reserve. There is an enclosed area where there is a timber built L-shaped workshop with a work bench, shelving, electric power and light. A gravelled pathway to the rear of the cottage sides onto the nature reserve and leads back to the paddock. 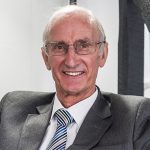